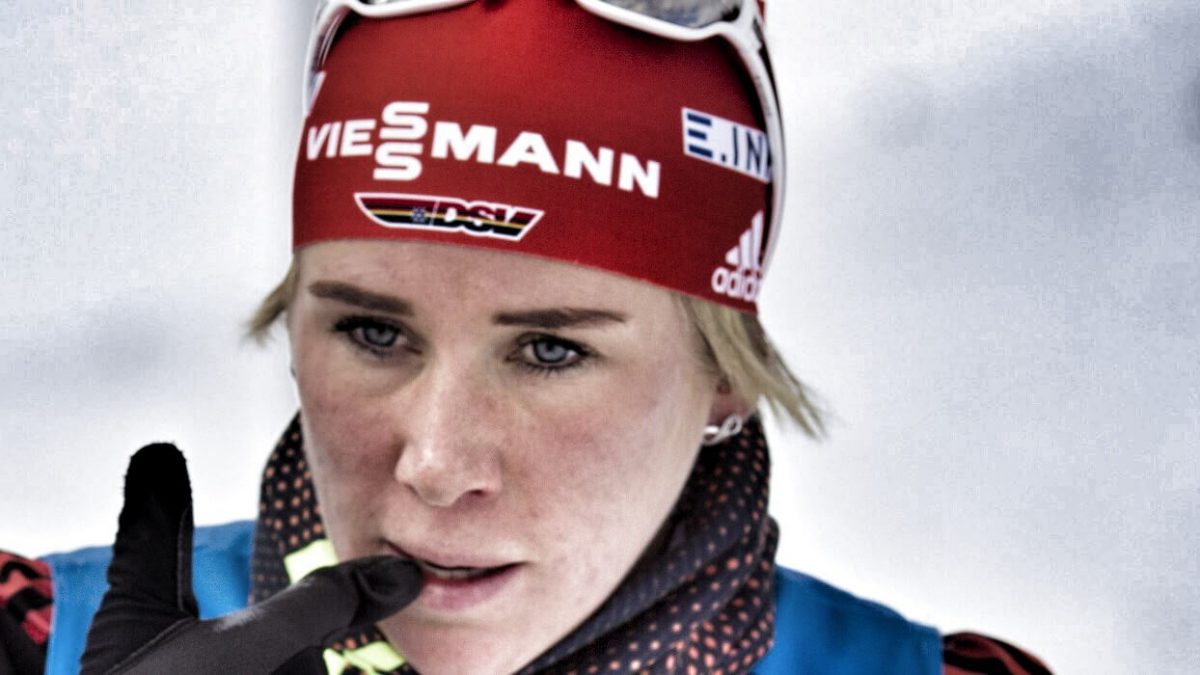 Improving running technique, optimizing shooting time and education to sergeant in the army. A long to-do list is waiting for Karolin Horchler after the season. But before she directed her thoughts already towards preparing for the next season, first of all the highlight with the European Championships in Tyumen waits on her.

The Pearl of Siberia is the name of the stadium in Tyumen and it is just beautiful there. Exactly the ideal place to win medals. „I am looking forward to the European Championships in Tyumen, it should be a great stadium. My goal is to do super competitions, then I will fight for medals“, Karo looks with anticipation to the European title battles.

If other show weaknesses and if she is needed in the team, then she presents herself strongly and she is fully focused. Together with the sport soldier we venture a look back before we cheer next week with the German team in Tyumen. Canmore is for Karolin a very special experience. Already last year she was there super successful in the IBU Cup. Now a ninth place in the World Cup, which is the best result in the world’s elite for Karo ever.

„Everything fits, it is a lot of fun to run there and to have always an eye on the Rockys and I feel pretty good there.“

The journey between the two locations (Canmore and Presque Isle) turned out to be a little challenge for the entire team. For Karo that was not what put her off. „We were always more than 20 hours on the road, but I could arm it, I knew it from the last year.“

With her race in fourth in the relay in Presque Isle, she secured the German team the podium. Because of a great final clean shooting Karolin reached this position. After that she lost on the track because of severe shin problems some time and still she achieved for the team the third place. Well and what happens after the preparation for the next season? The season 2016/17 will be crucial and Karolin has big goals. 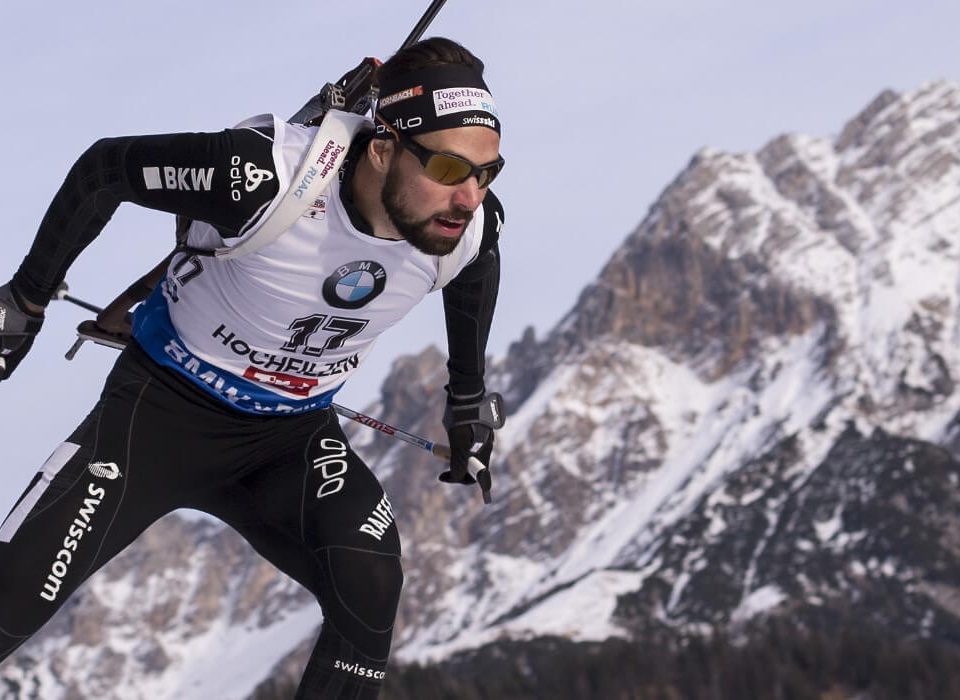 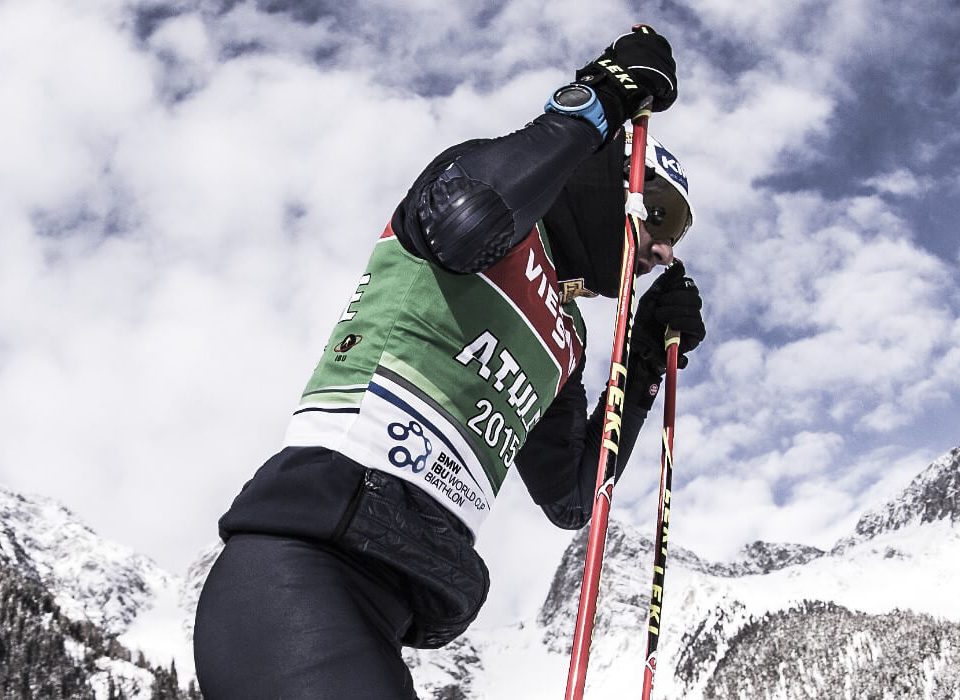 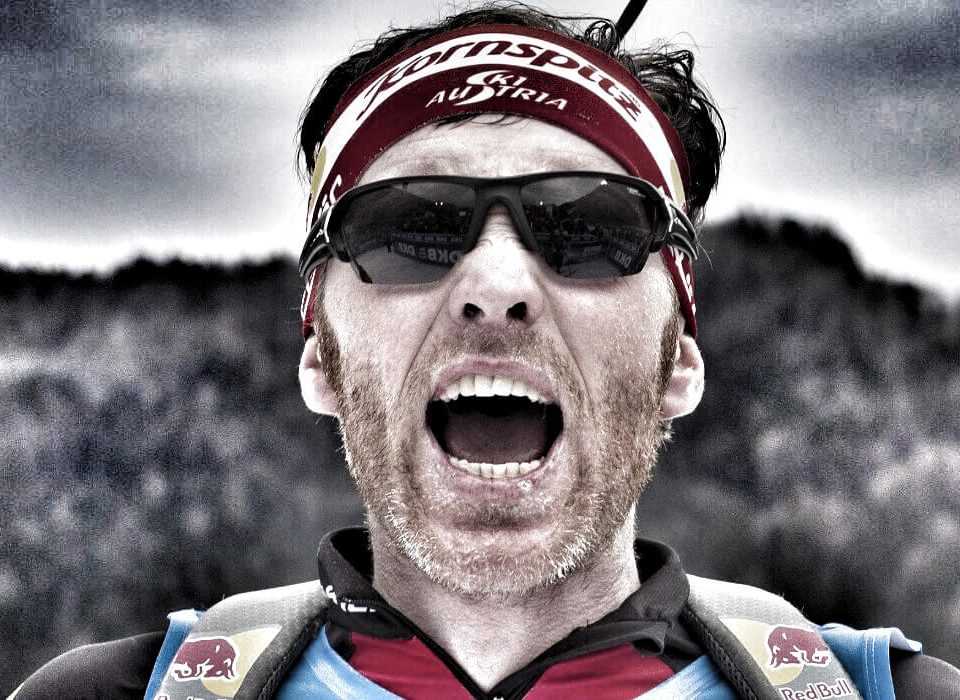